Getting the story right with colour calibration and profiling on iMac and MacBook Pro screens is not a simple task. As I’ve discovered the work-flow is let down by the inability of the user to adjust the iMac or Mac Book monitors RGB balance. Mac only offers options to adjust Native Gamma, Target Gamma and Target White Point.

All this first came to a head after purchasing DataColour’s Spyder 4 Pro and noticing that after calibration/profiling, despite the significant improvement, my iMac monitor still had a distinct green cast when looking at both colour and or black and white images and that my MacBook had a distinct blue cast. I started asking some questions.

A friend of mine recently put me onto DispcalGUI, which is open source.  DispcalGUI provides customizable settings for “whitepoint, luminance, black level, tone response curve as well as options to create matrix and look-up-table ICC profiles, with optional gamut mapping” as well as providing a very extensive array of colour patches.

You can see on the iMac that blue and red are under whilst green is significantly over in the balance. Unfortunately on Mac systems there appears to be no way to adjust the RGB gain controls manually or via 3rd party software. Even Argyll CMS, which runs fine under Windows was not able to talk to Mac.

After running a second calibration and profile using DispcalGUI on the MacBook you can see a more neutral response to to the black and white image below. However it’s not perfect and still tends to be a little on the blue side which was shown as still being off target in the ‘Interactive Dispay Adjustment” panel prior to the Calibration. I was able to get above 100% of sRGB but only 75-78% of RGB. 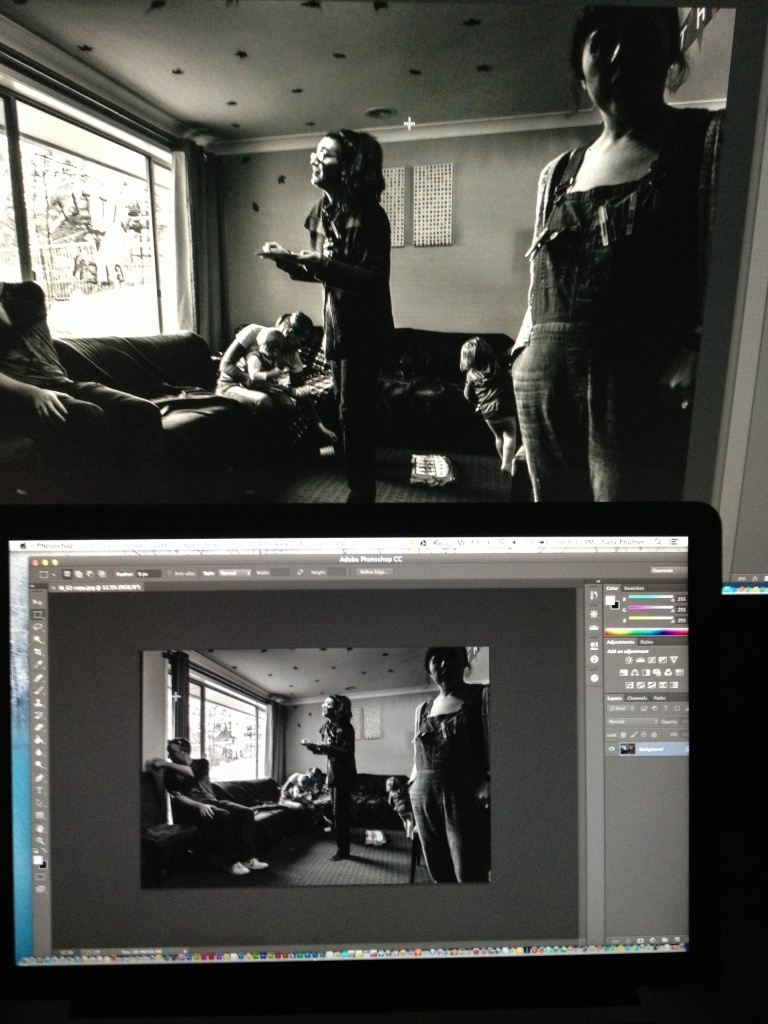 Running Colour Eyes Display Pro (fully functional trial) did little to alleviate the cast and the software began to glitch quite badly after the first two runs. I understood that it should be able to talk to and adjust the RGB settings for Mac monitors. But there was little to see that supported that and measuring RGB using DispcalGUI afterwards indicated little change.